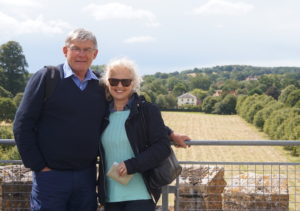 Forest Hill Farms is owned and operated by Len and Heather Handasyde since 1995, carrying on the family business from Robert and Flo Handasyde upon their retirement. We work hard to provide you with an excellent product and provide employment and economic input into the Mount Barker Community and the state of Western Australia.

Forest Hill is a district name and is associated with a local district hall built in 1911 and opened in October of that year. It is also the name of a local hill originally named Forest Hill. This hill is shown on the map as Pardelup Hill now. Forest Hill has been associated with fruit growing over the last 100 years with apples playing a big part of early economic development along with timber milling and wool and beef production. Later years has seen the Vineyard industry thrive locally along with the large scale planting of Tasmanian Blue Gums for wood chip production. Strawberries have played a more minor role but have been grown on this property since 1973.

The Handasyde name is well known in the WA strawberry industry with a further two Handasyde brothers also owning and operating commercial strawberry farms – one in Albany and the other in Denbarker. Our father Robert Neil Handasyde, who passed away in June 2015, was a life member and helped to begin the Strawberry Grower’s Association of WA Inc.